Studios at FATVillage | NW 1 Avenue, between and along 5 and 6 Street
Studios at Sailboat Bend Artist Lofts | 1310 SW 2 Court

Starting from the North 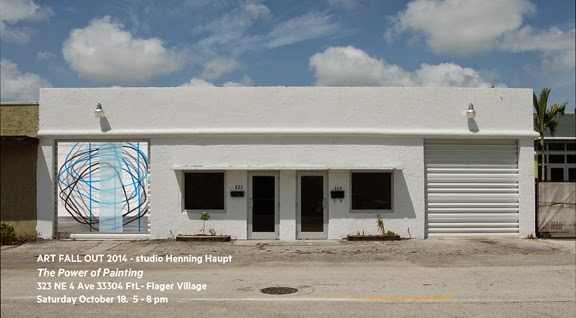 At the studio of Henning Haupt on the newly engaged NE 4 Avenue corridor, a painting 8 x 16 feet will be orchestrated by the power of the community. The result will be a documentation of the engagement between the audience and the artist’s action as a tool of public power.

The public is invited to participate, discuss with other visitors and direct the artist’s actions. For a $1.00 contribution any visitor may select from a set of drawing and painting elements to be implemented by the artist in the painting. After 3 hours, at 8 pm the painting will be deconstructed into 12 panels and distributed by a raffle to the visitors.

Self taught as an artist, Michel Pellus’ work has evolved over the course of his career. His early works were characterized by humor, optimism and rich symbolism. Realistic figures were set in fantasy landscapes giving a sense of cosmic duality.  Pellus has coined the term “subjective realism” to describe this style of painting
In his latest endeavor, Pellus has explored what he terms as  “Macro Realism,” close-up views of people and objects as seen under a magnifying glass on over-sized canvas.

In his latest endeavor, Pellus has explored what he terms as  “Macro Realism,” close-up views of people and objects as seen under a magnifying glass on over-sized canvas. - See more at: http://thirdavenueartdistrict.com/artists/michel-pellus/#sthash.BDxsseEa.dpuf 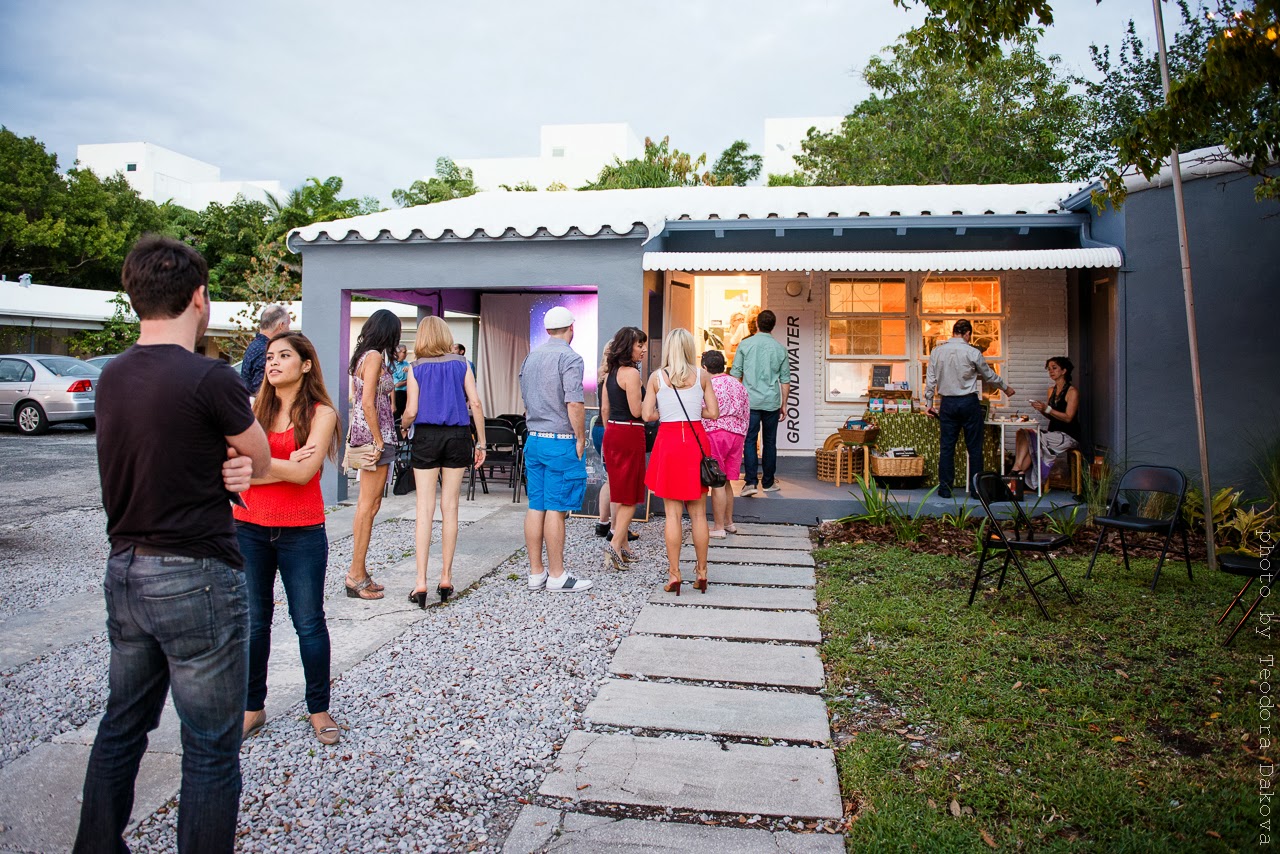 Margi Nothard is the Design Director of Glavovic Studio, Inc, an award-winning Architecture and Design Studio located in downtown Fort Lauderdale. Through drawings, photographs, large scale installations, architecture and urban design, Margi prompts her audience to slow down and experience the place they are in with each of her designs and visual art projects. Her personal studio and the Glavovic Studio share a space in a re-purposed home on NE 3 Avenue.

The Margi Glavovic Nothard Studio / Glavovic Studio will exhibit Sunset Hammock: Vision of the Everglades a Viewing Portal_Tamarac Conceptual Public Art Project. Sunset Hammock renders saturated moments in time as the day reveals itself, increasing in intensity in color, view and connectivity to the largest subtropical wilderness in the United States. This concept for a public art piece in Sunset Point Park, Tamarac, explores the expansiveness of the Everglades, the extreme juxtaposition of infrastructure transposed on the delicateness of ephiphytes, the integration of the wetland and the regeneration of systems, movement, community placemaking with tectonic form. The next phase commences at the end of the year and has been awarded an NEA Our Town Grant. 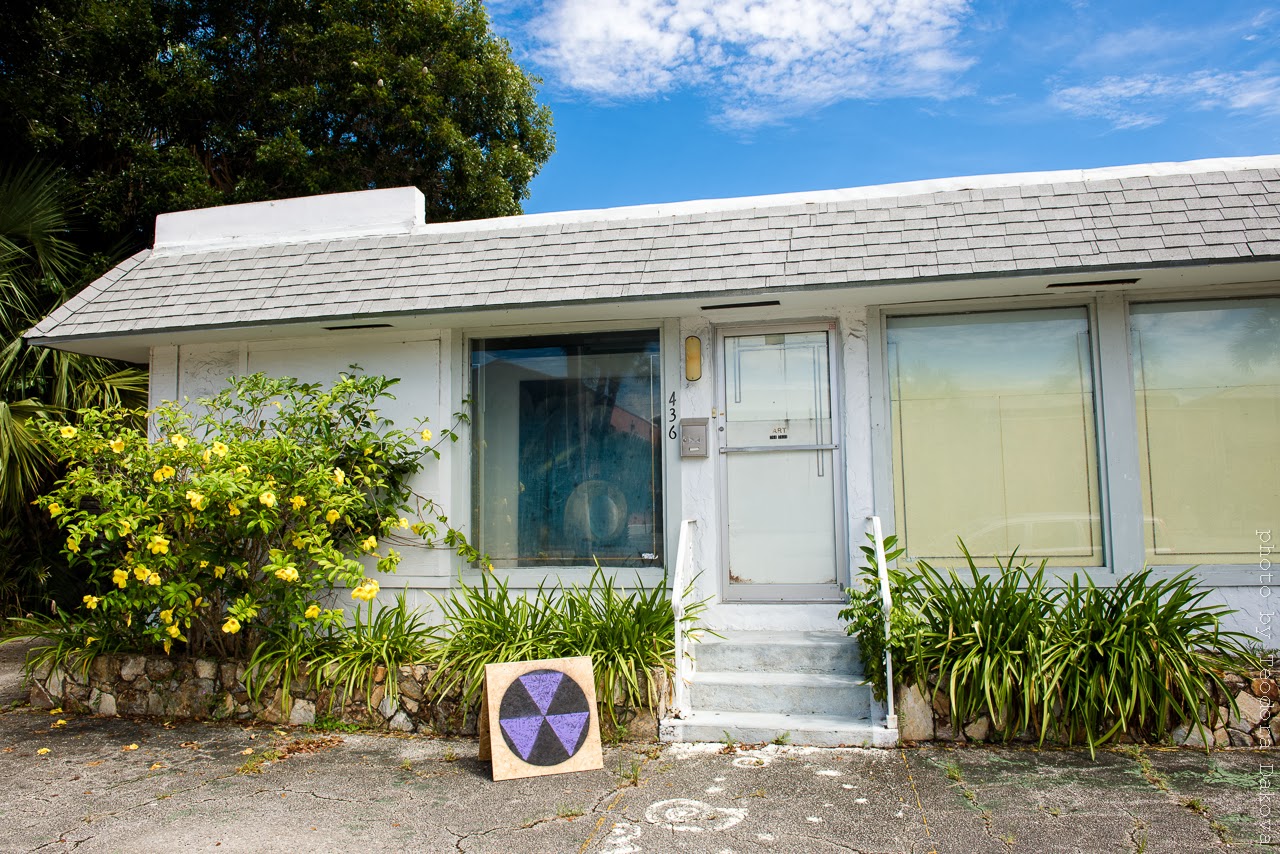 Tin will be presenting sculpture and work on paper.

Mary Lou Siefker has been a resident of Fort Lauderdale for over three decades. She was married to a Dentist and has four children. She has taught painting and design at Florida Atlantic University in Boca Raton, as well as serving as a docent in the education department at the Museum of Art, Fort Lauderdale, Florida.

"Art is a building process, one painting pointing the way to another – one breakthrough causing an explosion of creative action. This whole process is a playful energetic explosion of color, line, brushstroke, value, intensity which evolves from my love of paint and making “marks” on a surface. My “marks” have explored horizons, land, water, skies, images as the “hook” to enter the canvas. Each painting becomes a time of joy and frustration, a battleground of highs and lows, and always attempting to learn more about the process, always pushing the borders. In the end there is always the question – Is this a painting? 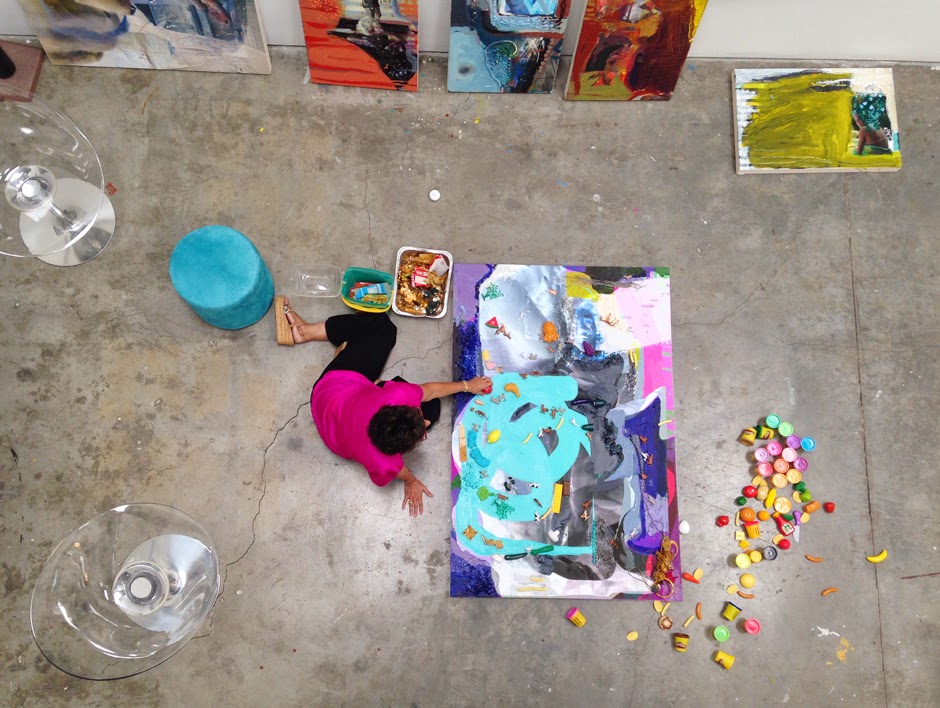 Francie Bishop Good was born in Bethlehem, PA, and lives and works in Fort Lauderdale, FL. Her work has been exhibited throughout the US, Europe and Latin America and is included in public and private collections in the US. Her work has appeared in publications, including The Miami Herald, Art in America, and ARTnews, among others.

Francie will be showing new work from the Fusions and Next Chapter series, both hybrids combining modes of painting, drawing, collage and photography with bold abstract shapes and lines that add tension and emotionality to the subjects. In these new series, the act of painting on top of a photograph is at once destructive and constructive; the lines and paint on the paper are a reaction to the picture below and an action to create new forms.

Email ThisBlogThis!Share to TwitterShare to FacebookShare to Pinterest
Labels: Spotlight On